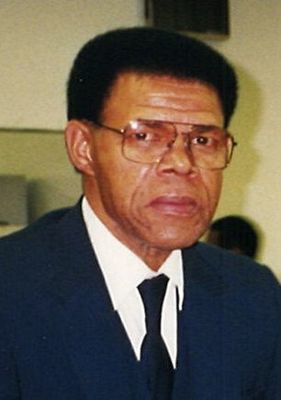 Funeral Services will be at 11:00 AM, Saturday, June 27, 2020 at the James O'Donnell Funeral Home in Hannibal, MO. Rev. Lindell Robbins will officiate.

Burial will be at Pleasant View Cemetery in New London, MO.

Friends and Family are invited to Jim's Life Celebration at a visitation that will be from 10:00 AM to 11:00 AM, Saturday, June 27, 2020 at the James O'Donnell Funeral Home in Hannibal, MO.

Professionally Jim was a gifted electrician and dedicated over 30 years to Denver Public Schools. He would never hesitate to help or share knowledge, which is something he took great pride in. He instilled in Jamie at an early age the importance of learning and hard work.

A popular person in both Missouri and Colorado, as he could strike up a conversation with all who he encountered. All who knew Jim well, knew he never left the house without his baseball cap and a blue Polo shirt on. He also enjoyed tinkering in his free time on projects as he was very mechanically inclined and maintained this hobby by collecting every tool he thought he might need, even when they weren't necessary. This was an aspect that began early in life and then professionally while still in high school when he worked on a farm and attended school. Jim was an avid reader and loved to keep up on current events as well as the latest weather forecast. He also enjoyed watching Jeopardy and The Price is Right, especially with Zayden all while attempting to teach him how to play the trumpet. He enjoyed sports and primarily followed the Kansas City Chiefs. Working on old cars with Gary and Mitchell was a favorite past time, as well as skiing in his younger years with Jamie. Jim, Mitchell, and Gary all shared an interest in both convertibles and motorcycles, which they all loved to show off together and keep immaculate. Jim would showcase his 1957 Ford Convertible.

Jim loved his sweets, whether it was his daily coffee with a vanilla cream sandwich cookie or the homemade treats that Carole and Nada would send him. Most of all he simply cherished the times he shared with his family and friends, and would always end a conversation with, "By the grace of God we'll make it!"

Jim was a Christian by faith.

Memorial contributions may be made to the Donor's Choice.

Online condolences may be shared and video tribute may be viewed at www.JamesODonnellFuneralHome.com

Current Road and Bridge Work for Monroe and Ral...

Farmers’ Liability for Their Animals