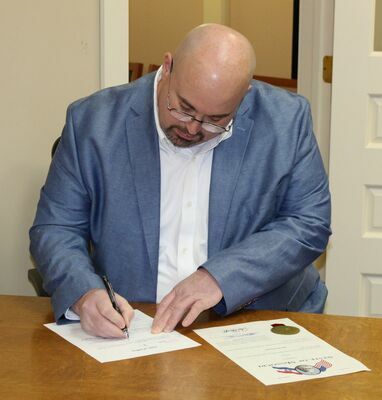 Brad Stinson wraps up the paperwork after being sworn in as the new Ralls County Sheriff. 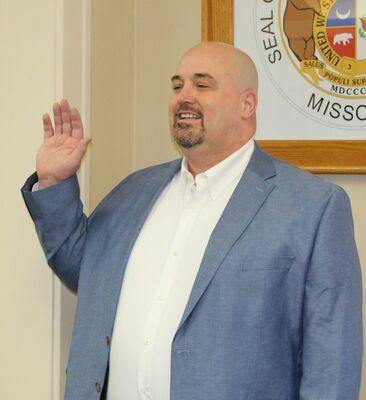 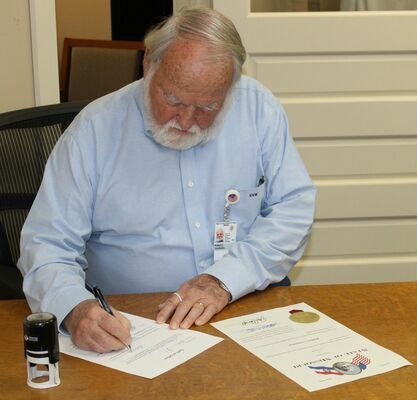 Signing paperwork after being sworn in is Robert Van Winkle. 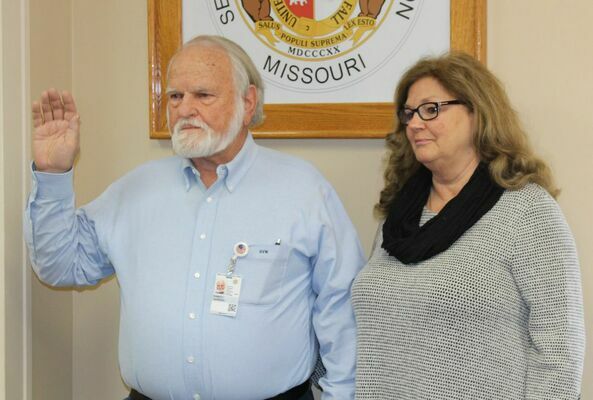 Re-elected Coroner, Robert Van Winkle, is sworn in with him wife Judi looking on. 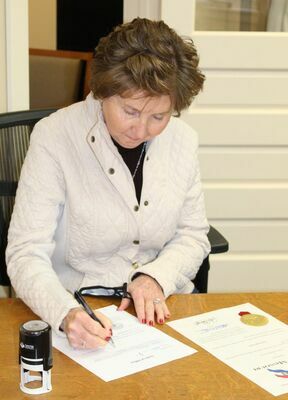 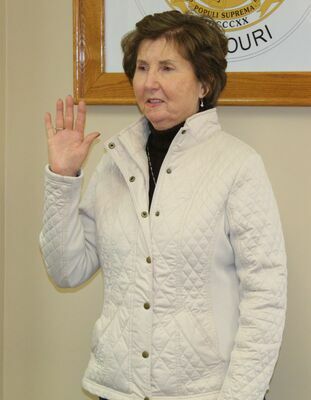 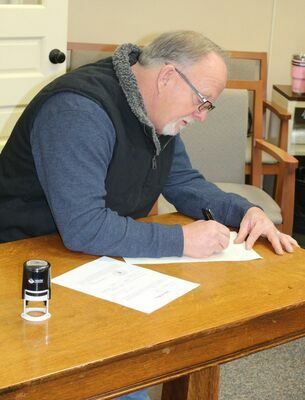 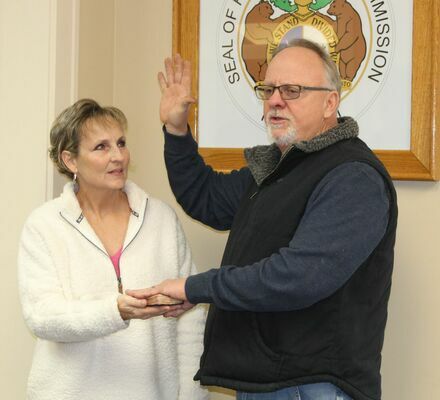 John Lake, re-elected Western District Commissioner, is sworn in with his wife, Sharon, holding the bible. 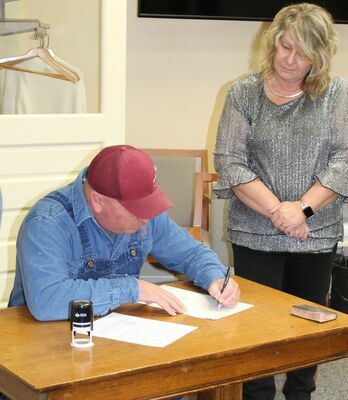 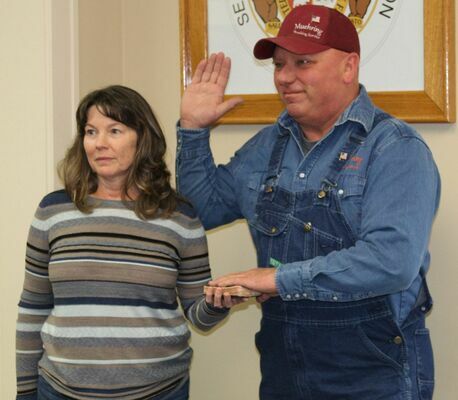 Junior Muehring is sworn in as Eastern District Commissioner with his wife Jenni holding a bible that went to Vietnam with Bill Dexheimer, who gave it to Junior’s daughter Heather, when she went to Iraq.
Previous Next

The official Swearing-In Ceremony was held on Thursday, December 31, 2020, in the County Commission meeting room. Due to COVID restrictions, the ceremony was moved from the upstairs courtroom, where is had been held in the past. The officials were also limited in how many spectators they could invite. Under the supervision of Ralls County Clerk, Sandy Lanier, the officials took turns entering the room with their supporters to take their pledge and sign their paperwork. It took a little longer than usual and there was no reception this year, but the process was completed to the cheers of all in attendance.