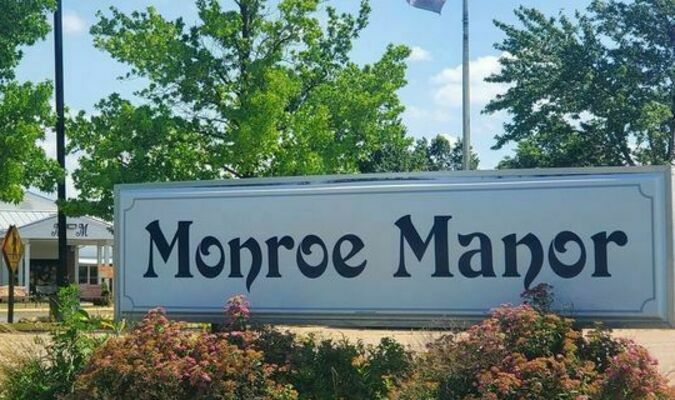 Monroe Manor Nursing Home’s annual employees Christmas party [Tuesday, Dec. 22], like 2020 itself, was quite different this year as opposed to the past. Gone was the festive mood of the employees and residents, replaced with the realization many faces that started the year were gone, and celebration should be replaced with thankfulness for endurance and appreciation for what remains.

In her remarks to the employees, administrator Shari Embree addressed the year of toxic torment, thanked her crew for staying with the facility despite the obvious hazards of doing such and their unwavering commitment to the Manor’s venerable residents.

“I thank each and everyone of you for hanging in there this year,” Mrs. Embree said. “Kudos for your stamina, dedication, work ethic and going above and beyond caring for our residents. In our almost half century of service to the community the Manor’s employees have never faced the chain of events you endured this year. For nine months the state has separated our residents from their families and friends, and you employees, on many occasions, became saintly surrogates, you were the ones that graciously and selflessly cared for those whose time on earth was limited to hours because of an unseen biotoxin, and you did it unflinchingly and unafraid. Words cannot express the commendation the community as a whole should have for you individually and as a group.”

Despite the circumstances of the disappointing year, Mrs. Embree was optimistic for the future.

She told her employees, “We have hope in the new year. The Covid vaccine will be available early in January and we’re praying this scourge will be eliminated from our community and world,”

EMPLOYEE OF THE YEAR

Three traditions did continue this year. Mrs. Embree presented Employee of the Year [EOTY] awards, recognized 16 employees for their continuous years of service and distributed modest cash Christmas bonuses to all 79 full and part-time employees.

By a popular vote of employees, three members of the administrative staff were elected to receive EOTY awards. Kathy Oenning was name the EOTY while Jenny LeGrand and Beverly Jones tied for EOTY honorable mention.

Kathy Oenning, 43, started her nursing career at Monroe Manor in 2007 serving as a Certified Nursing Assistant and Medical Technician. She received her LPN from John Woods Community College in 2013 and two years ago rejoined the Manor as the facility’s care plan coordinator. In October 2019 she became the Assistant Director of Nursing [ADON] and is one exam short of receiving her Registered Nurse certification from Excelsior College in NY. She and her husband, Jeff, have six children, including daughter Josie Mullings, who serves the Manor as Certified Nurses Assistant [CNA]. She is the daughter of Becky Parrot Walch and the late Jerry Walch.

Mrs. LeGrand has served in various nursing positions in her 14-year fragmented Monroe Manor career. She served the facility as a certified nursing assistant between 1990-92, before receiving her LPN from Moberly Area Community College, in 1992, She spent a decade as a charge nurse at other nursing homes before another decade at Monroe Manor, 2003-13. After a five year hiatus working for private doctors in Centralia and Moberly, she rejoined the Manor two years ago, and named Care Plan Coordinator in December last year. A Madison native, Mrs. LeGrand, 49, is the daughter of Helen Gibler and the late Frank Gibler. She and her husband, Tommy, have two children, Bill, a member of the Manor’s maintenance department, and daughter Sam, a physical therapy assistant in St. Joe, MO. The honorable mention ETOY is her second, she also received the recognition in 2010.

Activities Director Beverly Jones assumed her position a year ago after two former stints as an employee in the department between 2017-19. A 1980 graduate of Paris High School, Ms. Jones, 59, worked at the Manor as a student, in the dietary department. She and her husband, Wayne, have three grown children and four grandchildren. She served as a corrections officer at the Vandalia state prison between 2010-15. She is adapt at art and keeps the Manor bulletin boards covered in seasonal-themed displays much enjoyed by residents. She is the daughter of Vera Reaser, of Mexico, and the late Bill Parish, a Manor resident that passed in November.

Cash awards of various amounts were distributed to employees for continuous service.

Dense Wallace and Brenda Smith, sixth and seventh in Manor employee seniority, each received $400 for 15 years of employment. Ms. Wallace, a Certified Medical Technician, serves primarily as a charge nurse on day shift, however, she may be on any hall doing anything that is needed during any hour of the day, or night. Because the Manor is licensed as a Skilled Care Facility, each shift has to have a licensed nurse on duty and Licensed Practical Nurse Brenda Smith serves an important role as the facility’s overnight charge nurse.

Ellen Camden, a CNA, was awarded $300 for 10 years of service. Ms. Camden is the Manor’s restorative aide when she’s not busy working the floor.

Mrs. Embree was laudatory of all the employees recognized for continuous years of service and their long-term colleagues, too.

“We are so blessed to have such a dependable group on our staff,” she said. “Not just the few that was recognized today, but those hired in the 1970s, ‘80s and ‘90s. They’re great examples and role models. 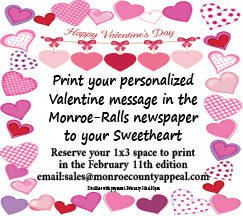